What metaverse and NFTs are on Fantom? Why is it linked to Cronje? What is its logo doing on F1 circuits? Find out 5 interesting facts about Fantom!

FTM, the Fantom token, is now available on Young Platform! Surely you’ve already heard about it, this blockchain platform is one of the most widely used for the provision of DeFi services, but are you sure you know everything about it? Certainly its “spooky” branding doesn’t go unnoticed, between emoji of ghosts and the reference to the musical “The Phantom of the Opera,” the developers who use Fantom indulge in metaphors and creepy names. One example? The BOO token from Spookyswap, the dapp Tomb Finance and the NFTs from Fantums of Opera. But the FTM ecosystem doesn’t only hide horror easter eggs, here are 5 interesting facts about Fantom!

A simple search on Google or Twitter shows that Fantom is often associated with the name Andre Cronje. But who is Andre Cronje? And most importantly, why is he so important to Fantom? Cronje is one of the most prolific developers in the DeFi industry, creating several protocols and dapps that have helped shape the current image of DeFi and Web3. Cronje has become a crypto star because of his coding skills but also because of his repeated “rage quitting” over DeFi (after the last one a few months ago, in the past few days he broke his silence by talking about the need for crypto regulation). His most famous creations are Yearn Finance and Keep3r, but Cronje has also contributed to the development of other protocols such as Fantom. The developer worked on Fantom from 2018 to 2022 as a technical advisor and as chairman of the Fantom Foundation Technology Council. His imprint was decisive and his prestige in the DeFi field attracted the trust of many people who became Fantom supporters.

After Cronje’s farewell, Fantom suffered in terms of popularity and TVL decline, but DeFi is not made by individual developers. The team has continued to work, gaining deserved success!

When designing a Metaverse on blockchain you have to take into account all the transactions that need to be processed by all the active users, and Fantom has all the makings of a platform loved by Metaverse developers: it’s fast, scalable and cheap! 8BIT Nostalgia is one of the Metaverse on Fantom, essentially an interactive 3D space that can be explored by avatars sold as NFTs. On 8BIT there are game areas and arenas where users can come together to chat and design new features. 8BIT is expanding through various collaborations, for example owners of the ADAPunks collection on Cardano will be able to use their skins on Fantom as well. As the name implies, the atmosphere of 8BIT is very nostalgic. You can’t help but shed a tear when you think back to Pokemon Perla on Nintendo DS!

Another Metaverse on Fantom is Pod Town, which is distinguishing itself by building a solid in-game economy. Pod Town is integrating a number of DeFi services that allow players to manage and monitor their in-game assets and wallets. The third noteworthy project is Slothtopia, this Metaverse on Fantom is developing a 3D virtual world compatible with VR.

Fantom works with the crème de la crème of Web3. In fact, among the protocols integrated into the blockchain platform are Chainlink, The Graph and Ankr. In detail, Fantom works with Chainlink to ‘build secure and scalable DeFi products such as decentralised stablecoins, lending protocols and synthetic assets’. Developers using Fantom’s infrastructure can freely access Chainlink’s oracles to combine and compare on-chain and off-chain data from trusted sources. The Graph, on the other hand, comes in handy when one wants to consult information from different blockchains, information that can be useful for developing and offering cross-chain solutions. With The Graph, Fantom has found the solution to interoperability problems. Finally, Fantom uses the API and development tools of the Ankr protocol.

4. Book your holidays with Fantom

Among the five facts about Fantom, there is an initiative that makes people dream about holidays. In 2020, Fantom started a partnership with Travala.com, the leading cryptocurrency travel booking platform active since 2017. Thanks to this partnership, people can directly use their FTMs on Travala to book hotels, houses, flights, tours and various activities. The Travala project aims to make the travel industry cheaper, fairer and more inclusive, those who use FTM for payments will be able to save over 40% (compared to other classic online travel agencies) and be able to choose from 2 million properties and 600 airlines.

Fantom has signed two agreements to sponsor Formula 1 projects. In 2021, the partnership with the Italian team Scuderia Alpha Tauri was announced, with the Fantom logo appearing on the car, helmets and drivers’ overalls.

Since March 2022, the Fantom brand has also been present on the equipment of Pietro and Enzo Fittipaldi, the two F1 drivers also known as the Fittipaldi Brothers. In addition to the sponsorship, the two brothers have chosen Fantom as the platform to create their first NFT collection. “My brother and I have been interested in the cryptocurrency space for some time, we are fascinated by the potential it has to inspire financial freedom and the tools for athletes to engage with their fans,” commented Pietro Fittipaldi. 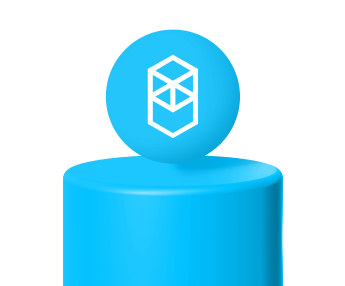 3 Million YNG purchased: only 4 days left to join in!