How much do cryptos pollute? Stellar’s answer

How much do cryptos really pollute? With Stellar and Pwc we can finally quantify the blockchain’s environmental impact

How much do cryptocurrencies pollute? Or rather, how much do blockchains pollute? The debate on this thorny question has been going on for some time now. The peak of media coverage was definitely reached in May 2021, more precisely on the 13th, when Elon Musk, in one of his frequent exploits, tweeted that Tesla would no longer accept Bitcoin because of the strong environmental impact of mining.

The tycoon’s sensationalist statements aside, the pollution generated by blockchains – particularly those that still possess Proof-of-Work type consensus mechanisms – is a hot topic in the industry. For example, Ethereum, through its upcoming update “The Merge”, is in the process of switching to another mechanism, used by most blockchains, Proof-of-Stake. This consensus mechanism, in fact, does not require the large amount of computing power generated by mining rigs composed of very powerful and energy-intensive hardware, but, instead, relies on the staking of cryptocurrencies. Like Ethereum, other blockchains are striving to solve this problem once and for all. PwC – Pricewaterhouse Coopers, a multinational providing management, strategic consulting, financial statement auditing and legal advice – and Stellar have started collaborating on this. The aim is to develop a framework to assess blockchain protocols’ electricity consumption and emissions.

SDF (Stellar Development Foundation) and PwC US analysed data on electricity use, greenhouse gas emissions and electronic and organic waste. In addition to the environmental impact, the framework also assessed the different consensus mechanisms’ performances. The research showed that Stellar’s network consumption is low compared to the average. Thanks to the Stellar Consensus Protocol (SCP), a low energy consensus mechanism based on the proof-of-agreement algorithm, the Stellar grid currently uses an estimated 481,324 kilowatt hours (kWh) of electricity per year. This translates into approximately 173,243 kilograms (kg) of CO₂ emissions per year, which is equivalent to the average CO₂ emissions produced by the electricity use of 33.7 US homes in one year. Despite the already low energy consumption of the Stellar blockchain, SDF has committed to offsetting the carbon dioxide emissions generated since 2015, the year of its foundation.

Task.io and Biochar Life’s venture – how is biochar produced and used?

Task.io. is another Stellar initiative aimed at reducing environmental impact beyond blockchain technology. It is a mobile-first project built on the Stellar blockchain that helps social organisations collect data, provide incentives and report on their environmental impact. Among other partners, Task works with the impact venture Biochar Life to educate and engage smallholder farmers in developing countries on how to produce and use biochar. Biochar, or charcoal, is a substance obtained by burning organic agricultural waste (also called biomass) in a process in which very little oxygen is used. At the same time, when the materials burn, they release a reduced amount of carbon dioxide. Biochar is then used as fertiliser, compost and animal feed.

How is the blockchain used in this process? The data collected by Task.io mainly includes the following variables – how the biochar was produced, how much biochar was produced and how it was used. Once submitted, the data is verified by the Biochar Life team and placed within the Stellar blockchain to ensure that it is immutable and publicly available.

For every tonne of carbon used in the charcoal production process, a Stop the Smoke (STS) token is issued on Stellar, which is later sold to people who want to offset their carbon footprint. A portion of the funds is then returned to farmers to incentivise the production of more biochar. To date, 34 STS tokens have been minted, meaning that 34 tonnes of carbon have been disposed of through the Biochar Life and Task partnership.

More and more blockchains are starting to take action to reduce their environmental impact. Polygon and Algorand, in particular, have implemented a plan to make their networks green. 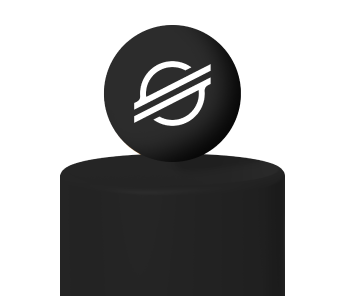 Is the United States a model for mass adoption?