The Graph announces the abandonment of centralised hosting services, and prepares to decentralise all its operations

The Graph is one of the most innovative and interesting protocols of the entire Web3 world and is used for indexing blockchain data. The Graph is nicknamed ‘the Google of the blockchain’ because it actually performs more or less the same task as the search engine does for the traditional Web, i.e. it indexes the data on the blockchain, making the process of extracting it easier and faster. In this way, it allows Dapps to find the data they need very quickly. The protocol is officially abandoning its centralised hosting service and moving entirely to The Graph’s decentralised network.

The current situation of The Graph

The Graph’s ecosystem revolves around the relationship between the developers of subgraphs and those who use the data. The former describe how the data is organised, the latter are for example app developers, who are willing to pay to query the data contained in the subgraphs. This data is, for example, the transaction information written within the blockchain as transaction data.  Initially, a centralised hosting service, run by Edge & Node, the team behind The Graph, was created to make The Graph’s network work. To date, this hosting service hosts more than 24,000 subgraphs that will gradually be transferred to the decentralised mainnet. The move to the decentralised mainnet is taking place gradually. The first subgraph was launched on this net in the first quarter of 2021, and as of the 30th of June 2022, the number of active subgraphs was 392.

The complete migration to the mainnet and its phases

The migration of all functionalities to the main net of The Graph is expected to be completed in the first quarter of 2023. At that point, the centralised hosting service will be completely disabled and it will only be possible to access the data on the subgraphs in a decentralised manner. But let us see through which steps this will take place specifically:

The decentralisation of the entire infrastructure will allow those using the service offered by The Graph’s ecosystem to build fully decentralised dapps.

One of The Graph’s latest projects was developed through a collaboration with Silicon Kruger, an innovation centre set up to facilitate access to the Web3 for developing countries on the African continent. Silicon Kruger and The Graph have developed the first indexer for African dapps called Index Africa. The indexer aggregates dapp data and retains a portion of the rewards generated by its node, which are then allocated to a funding programme for students in rural Africa. This is made possible by Index Africa’s non-profit partner, the Good Work Foundation, a South African organisation that has been providing access to education for young African students since 2005.

Will developers be able to complete the migration in the allotted time? And will The Graph’s network attract applications that aspire to be fully decentralised? Follow us so you don’t miss the next updates! 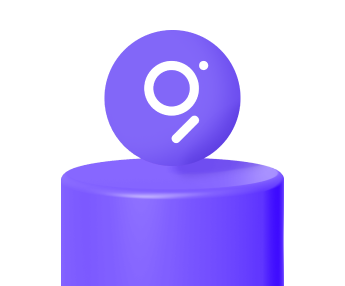